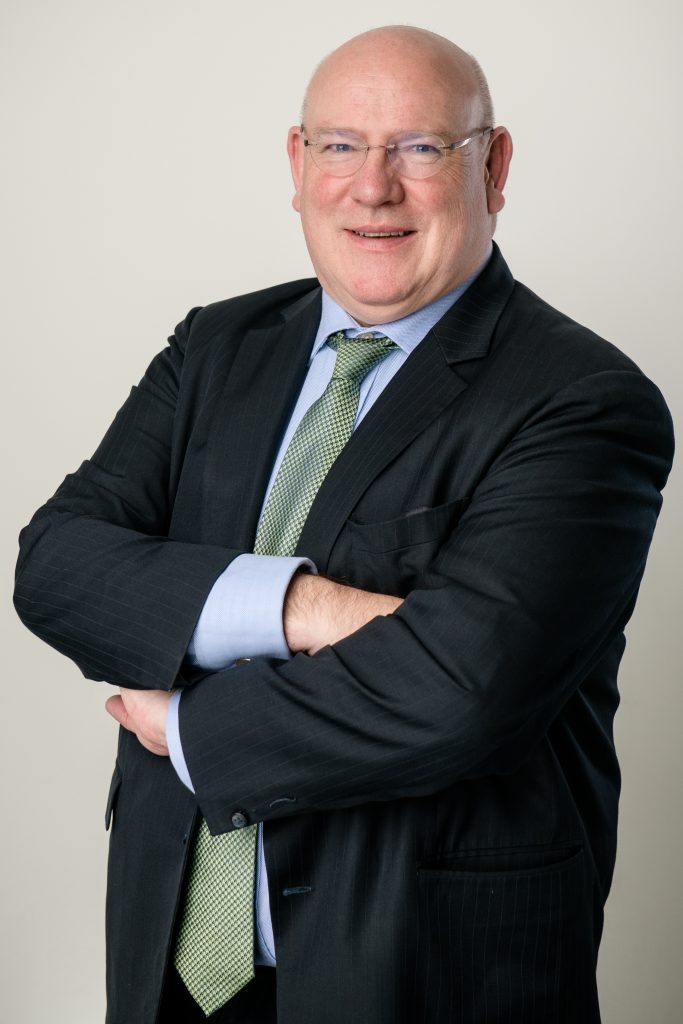 James MacGuill, Managing Partner at MacGuill and Company, was admitted to the role of solicitor in 1986 and was appointed a Notary Public in 1996. He has been in private practice ever since as a litigator with an emphasis on public law, especially criminal law. He has been actively involved in The Law Society of Ireland, has chaired many of its committees and served as President of the Law Society in 2007-2008. He joined the Council of Bars and Law Societies of Europe in 2008, where he was Head of the Irish Delegation and, later, Chair of its Criminal Law Committee until January 2019.

Responses from the CCBE President James MacGuill to the Berlin Bar questionnaire:

Why did you become a lawyer?

My father was a lawyer and I was interested in his work and career. I was particularly impressed by the difference he made representing people of limited resources with no legal qualifications. I have one sibling who is also a lawyer and three other siblings who have their own separate professions.

Your role models in the legal profession?

This is a difficult question. My father was both my personal and professional hero. Objectively the various recipients of the annual CCBE Human Rights award inspire us all. In terms of fictional lawyers, Atticus Finch (played by Gregory Peck ), in the 1962 film To Kill a Mockingbird is the role model for many criminal lawyers and a reminder that both, in film and in real life, justice does not always prevail.

What three qualities should a good lawyer have?

Whom do you recommend to take up the legal profession?

As lawyers we know that there is no one size fits all in our profession with very many different disciplines. My own field of public law is I believe especially suitable for people who believe in using law as an instrument of social justice and for people who are interested in the rights of their fellow citizens – particularly when those rights are threatened by the excesses of the State.

Which professional regulations for the legal profession do you consider necessary or superfluous?

I believe the recent Commission anti-money laundering package of proposals are poorly conceived. While there are many useful aspects to the proposals, there are various issues which run the risk of interfering with the independence of the profession. The proposals would also result in the creation of a supervisory authority with various powers which we believe could further interfere with the independence of the profession.

What are you looking for in your next voluntary work in the near future?

I think that the recent unlawful invasion of Ukraine will provide many opportunities for lawyers to use their skills constructively to assist the displaced refugees.

What was the motive for your volunteering?

A desire to contribute to the improvement of the regulation and representation of the legal profession initially, locally and then nationally and now internationally.

How much time do you need for this task?

What does the legal professional lack the time for?

I personally prefer legal documents to be drafted in a straightforward and clear fashion rather than using obscure arcane and overly lengthy precedents. Clarity in pleading improves the use of court time and avoids unnecessary delays

Do you use social networks?

Probably not as efficiently and as expertly as I should, but I do avail of the information that is so readily available. Regrettably, professionally I often have to assist those who have been victims of abuse on social platforms which is an increasing problem.

What makes you angry?

Injustice – especially if it is derived from discrimination against a particular class.

To which topic would you dedicate a book and with which title?

I would not write about legal topics but rather consider areas like travel writing!

What changes in everyday working life do you particularly appreciate?

Remote working is not ideal in every situation, but it has some unexpected benefits. Ireland is a small community where, especially outside Dublin, people are keen to protect their privacy. Many clients valued the option of the privacy of a video consultation rather than being seen going to a lawyers office generating speculation as to their business. I found such people to be more relaxed and their instructions much clearer as a result.

With whom would you like to swap roles for a day?

Vladimir Putin in the naïve belief I could put an end to this illegal war.

Do men have it easier in their profession than women?

While at one time this may very well have been true I believe that it has gradually changed, even if it is not entirely reversed. In Ireland at one time in recent years the following senior legal figures were all women

I think this demonstrates that we aim to achieve true equality.

What strengths and weaknesses do you have?

I think by virtue of our legal training we are skilled in lateral thinking and seeking solutions to complex problems. As a weakness I could improve my technology skills.

Never having been good enough to play sport at any level for my country.

What you read, hear, watch first thing in the morning?

Irish national radio (RTE 1). It starts the day with a blend of news, music and colour pieces before the news and current affairs programme starts at 7 AM.

Attending sports of any kind

What career decisions would you like to change in hindsight?

I regret not having studied in a foreign university for a year before commencing my professional training and I would very much recommend a Masters in a foreign country to any aspirant lawyer.

What is the best career advice you have been given that helped you the most?

To immediately and fulsomely acknowledge any mistake you have made, particularly in a court.